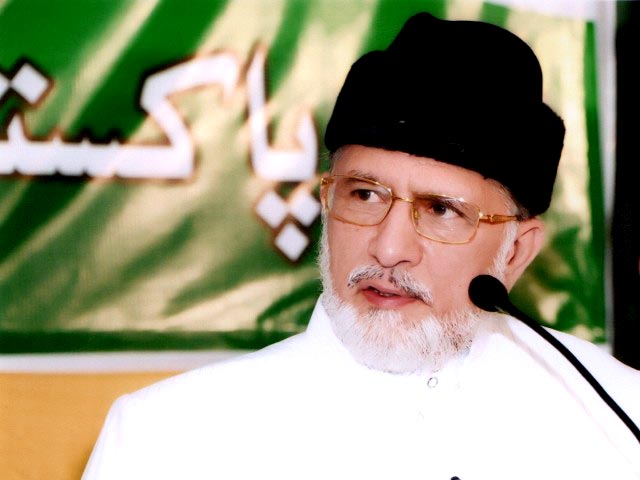 RAWALPINDI: Pakistan Awami Tehreek (PAT) chief Tahirul Qadri on Sunday said he would stage protests outside the PM house in Islamabad and hold Nawaz Sharif responsible if any of his workers are killed during protests, Express News reported on Sunday.

Qadri said peaceful workers were being arrested and tortured under an ‘undemocratic’ PML-N government. “If I am killed upon my arrival, my workers should remain calm,” he added.

As Rawalpindi prepares for Qadri, Section 144 of the Code of Criminal Procedure has been imposed in the city and public gatherings have been banned until 12pm June 24, Express News reported on Sunday.

Qadri is due to arrive at Benazir Bhutto International Airport at 7:30am on June 23.

Pillion riding has also been banned in the city and mobile services may be suspended in Islamabad and Rawalpindi tomorrow, according to sources.

Speaking to Express News, PAT leader Dr Raheeq Ahmad Abbasi said that the imposition of section 144 will not stop PAT supporters from receiving their leader upon arrival.

“We attempted to organise the reception in a manner that did not trouble anyone,” he said, adding that the police invited 12 of their workers last night under the ruse of finalising said arrangements and arrested them instead.

He claimed that over 500 party supporters have been arrested from various parts of the country.

Awami Muslim League chief Sheikh Rasheed also spoke to Express News and claimed the police were raiding houses of PAT workers. “Whenever the government says they will give freehand to organise a protest, it means they will create hindrances,” Rasheed said, adding that he will give more details in a press conference at Islamabad Press Club at 6pm today. 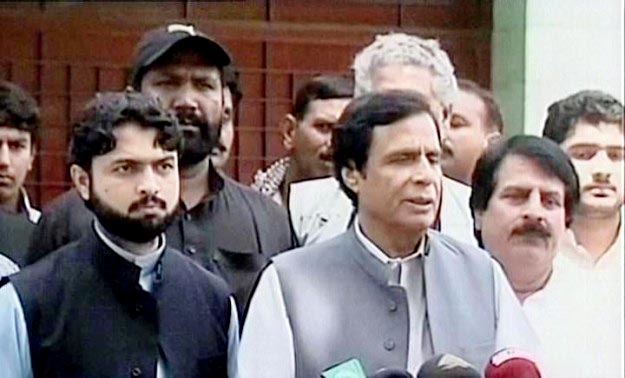 “We strongly condemn these actions; by taking such steps, government is creating chaos and lawlessness,” Elahi said, adding that the state should act sensibly and let PAT supporters welcome their leader.

“Arresting supporters will not weaken this movement but only strengthen it,” Elahi said.

Hasan also addressed the media and said that their supporters are peaceful and that going to Islamabad to welcome their leader is not an illegal act in itself.

“Our mission is peaceful; we don’t believe in disrupting law and order,” he said.

Pakistan Tehreek-e-Insaf chief Imran Khan extended support for Qadri’s march and said that his party will stand by him. However, he clarified that his party has no plans of forming an alliance.

“It is unfair to arrest Pakistan Awami Tehreek workers and the Punjab Chief Minister Shahbaz Sharif to resign immediately over Lahore clashes,” he added.

Strict security will be in place at Benazir Bhutto International Airport on Monday.

Passenger vehicles will be banned from the airport and army troops will be deployed to avoid any untoward incident.

Containers have already been placed outside the airport as a measure to restrict movement. 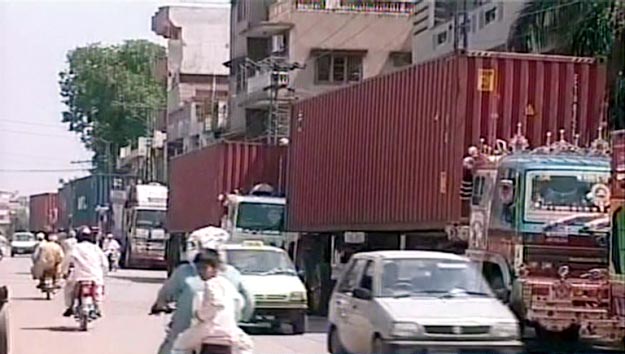 Airport road will remain closed to traffic and public transport to the airport will also be suspended.

Two choppers will monitor Qadri’s arrival and 10,000 security personnel will be deployed on route from the airport to Gujjar Khan.

Media coverage will also be restricted.