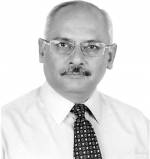 The Pakistan Tehreek e Insaf (PTI) completed a hat trick with a mammoth public meeting at the historic Minar-e-Pakistan on September 28th. If the PTI emerged as a major political force after its debut at this venue on October 30, 2011, its performance on September 28th put the seal firmly on a changed Pakistan.

The September 28th rally not only represented rich educated liberals but a vast majority included people belonging to middle and low income classes. It goes to Imran Khan’s credit for mobilizing Pakistani women at a scale that is unprecedented in the country’s political history.

They not only endorsed Imran Khan’s ‘Go Nawaz Go’ movement in the traditional powerbase of the Sharifs, but also came out in full support of PTI’s struggle for a meaningful and result oriented investigation by a potent Supreme Court Commission into the May 2013 election rigging charges.

But a few words of caution for PTI’s leadership; granted that the Minar-e-Pakistan rally was held at a few days notice, security arrangements were not up to the required standard as was evident from the fiasco witnessed on arrival of Imran Khan. Given the threats to the PTI leader’s life, the party’s security planners need to wake up and do more in this respect. Moreover, PTI needs to train its volunteers to respect media personnel, particularly lady reporters/ anchors.

Raiwind seems to have been rocked by the intensity of the ongoing, ‘Go Nawaz Go’ movement. The campaign seems to have surpassed those the nation witnessed previously against former Presidents Ghulam Ishaq Khan, General Pervez Musharraf and Asif Ali Zardari.

The PTI must thank the media for transforming ‘Go Nawaz Go’ into a national slogan that became an instant hit not only in Pakistan, but one whose sounds also reverberated opposite Nawaz Sharif’s residence in London, outside the UN headquarters in New York, and even during Pakistan’s hockey team match in the Asian games in South Korea.

While only Nawaz Sharif can know his true feelings, it was certainly distressing for the nation to see their Prime Minister being welcomed by almost 5,000 plus charged Pakistani protestors holding ‘Go Nawaz Go’ and ‘No Nawaz No’ placards during his speech in the UN General Assembly. Media footage shows students chanting ‘Go Nawaz Go’ during the visit of a PML-N minister to a school in Lahore and by protestors at official functions. When government functionaries cannot perform their official duties and are followed by this slogan everywhere they go, it is time for both the Prime Minister and the PML-N leadership to do some serious soul searching.

Should the PML-N leadership not blame themselves for prolonging the crisis? Are they not paying a heavy price (three murder/ terrorism FIRs) and two unending Inqilabi and Azadi movements for not facilitating Imran Khan’s simple demand of investigation against election rigging in four constituencies? Or Dr. Tahir ul Qadri’s plea to register the Model Town FIR?

Those who cannot see the writing on the wall of a changed Pakistan may still be living in fool’s paradise. The fallout of Islamabad’s dharnas has seen Pakistanis rising against a well entrenched and deep rooted status quo mindset that protects the interests of the privileged class, exploits the poor, promotes VIP culture, nepotism and dynastic politics, and obstructs accountability of the powerful and corrupt.

In a changed Pakistan, the role of family members in governance matters is unacceptable and this malpractice must now end. Where is the wisdom in the Prime Minister’s decision to appoint his own inexperienced and unqualified daughter as head of the prestigious 100 billion rupee Youth Loan Program, when there is no dearth of suitable financial management experts in the country.

Again, the people ask if it is appropriate for the Prime Minister to appoint his close relatives or those related to his ministers/ party leaders on sensitive government posts when competent experts for the same are available in the public/ private sector.

In the deafening ‘Go Nawaz Go’ slogans, we hear the cries of the families of the Model Town victims still awaiting justice. Why is the Model Town Judicial Commission report not being made public by the Punjab government? Should the Lahore High Court not intervene to get this public document released to meet the ends of justice? Why has the Joint Investigation team (JIT) still not been constituted to begin long delayed investigations in this tragedy?

With the PTI out of the parliament, our supreme law making body seems dysfunctional without a genuine opposition. The PPP’s role as a genuine and friendly opposition was reconfirmed in the recent ‘fixed’ debates by PPP leaders in the joint session. While they condemned the May 2013 election rigging as well as PML-N’s governance, they came to the Prime Minister’s rescue, duly exposing the hypocrisy of our democracy.

With the domestic crisis deepening due to the prevailing impasse between the government and the dharnas’ leadership, the country’s economy is affected by rising political uncertainty and declining foreign investment.

Never before in the country’s history have four foreign heads of state called off their official visits to Pakistan, the latest reportedly being the Amir of Qatar. Pakistanis view the current deadlock with great concern, as it reflects a lack of political will and vision of the PML-N leadership.

The present situation in the country simply cannot go on indefinitely. If the Prime Minister cannot rise to the occasion, then the Supreme Court must play its constitutional role to help steer the country out of the crisis.

The writer is a retired brigadier and a political/defence analyst and columnist.