End of inqilab? (The Express Tribune) 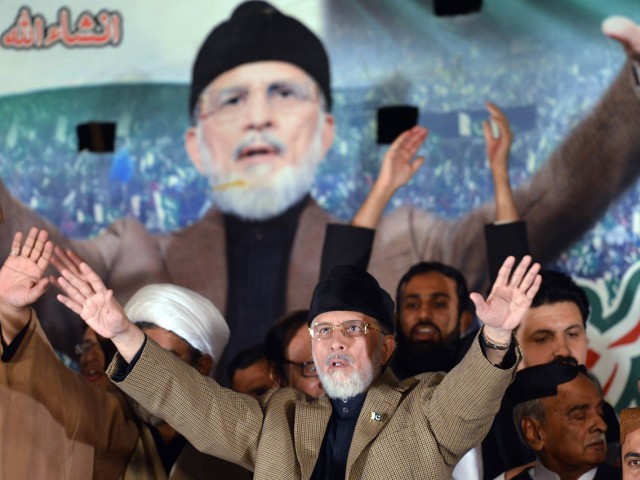 After 67 days, making this the longest such protest ever, Dr Tahirul Qadri called off the sit-in at D-chowk in Islamabad, allowing thousands of his supporters to return home.

After 67 days, making this the longest such protest ever, Dr Tahirul Qadri called off the sit-in at D-chowk in Islamabad, allowing thousands of his supporters to return home. He has said that sit-ins of two-day durations would continue in major cities. The Pakistan Awami Tehreek (PAT) has also just completed a series of rallies in major cities. Some would say that all this has led nowhere; that nothing solid has been achieved, no change has come. To some degree, of course, this is true. The revolution spoken of never came. While Imran Khan and the Pakistan Tehreek-e-Insaf are so far continuing their protest, one cannot be certain regarding the duration of that sit-in either.

As the supporters of Dr Qadri, who had gathered behind him, make their way away from Islamabad, it would be wrong to say that they have not left a definite mark on the political landscape. Their determined action and Dr Qadri’s fiery speeches have touched hearts and moved people. The call for a more equitable social order, within which the poor receive greater protection, is one that has appealed to many in the country. It has given people a sense of what is possible, and also persuaded them that the rulers we have at present are perhaps, not too willing to usher in the change, which is so badly required within a deeply divided society.

At the same time, the protests have also raised the profile of Dr Qadri, to a point where he now says he and the PAT will take part in the next general elections, whether or not electoral reforms are held. The new symbol appearing on the ballot sheet could prove significant. The PAT has participated in mainstream politics before, notably in the 2002 polls when Dr Qadri was able to win a place in the National Assembly. However, its ability to draw in votes was then limited, and it quickly quit parliament as differences developed with General (retd) Pervez Musharraf. But the efforts of the PAT over the last two months seem to have bred the idea of change and this may have a visible impact when the time comes to cast votes.