I will continue war against corrupt govt after recovery: Dr Tahirul Qadri 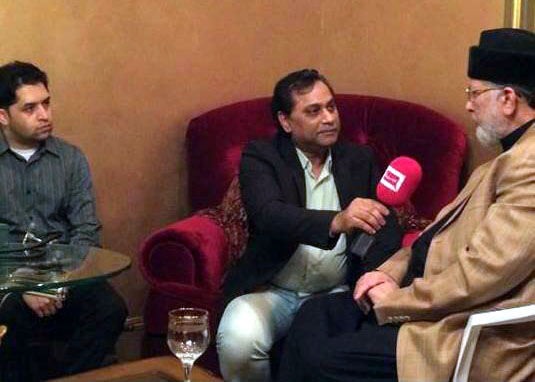 LAHORE (Dunya News) – Pakistan Awami Tehreek (PAT) chief Dr Tahirul Qadri on Saturday has said that he would continue his war against the corrupt government to change the political system after recovering from his ailment.

He expressed these views while talking to the Dunya News exclusively.

Tahirul Qadri’s personal doctor in United States of America (USA) Huston has said that they cannot perform an immediate angiography due to high blood pressure.

PAT chief urged the workers not to get dejected over his ailment and that he would get better soon.

They would end the tenure of the exploitative government soon, he added.

Furthermore, he said that the doctors would tell on Monday or Tuesday that when the angiography would be done.