No place for thieves of Panama in the Quaid’s Pakistan: Dr Tahir-ul-Qadri addresses 27th foundation day of PAT 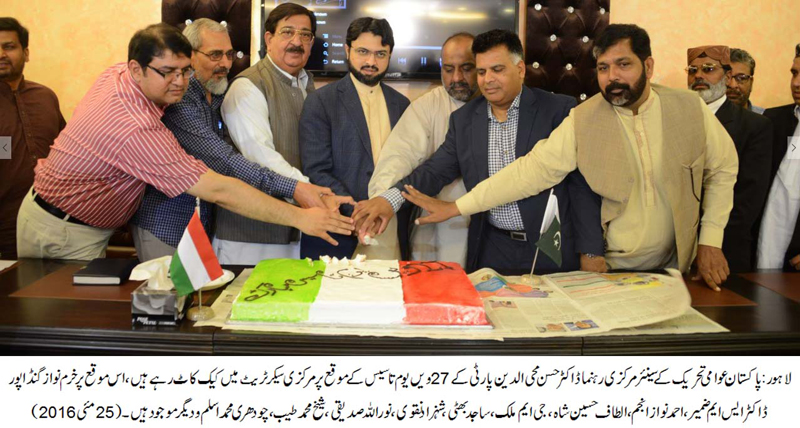 Addressing a ceremony held at the central secretariat to mark the 27th foundation day of Pakistan Awami Tehreek, Dr Muhammad Tahir-ul-Qadri has said that the Prime Minister has chosen to go to London under the pretext of illness instead of answering the questions over the Panama leaks and is residing in the same flats which were bought with the money of corruption. He said that the Prime Minister is wasting the honourable option of resignation by not answering the questions. He said that over 60% of Pakistan’s population finds it difficult to make their both ends meet but the so-called leader of the country is buying property in the most expensive cities of the world with the money of loot and plunder. He said that there is no place for the thieves of Panama and killers of Model Town in the Pakistan of the Quaid-e-Azam anymore.

The PAT foundation-day ceremony was presided over by Chairman Supreme Council Dr Hassan Mohi-ud-Din Qadri. A cake was cut and Dua was made for long life and health of PAT Chairman and for the departed souls of martyrs of Model Town. A resolve to go to any extent for justice for the families of Model Town tragedy was also expressed on the occasion. The ceremony was also addressed by by Khurram Nawaz Gandapur, SM Nazeer, GM Malik, Sajid Bhatti, Ishtiaq Ch Advocate and Afnan Babar. Former General Secretary of MQI in Canada Sheikh Muhammad Tayyab, former president of MQI Greece Chaudhry Muhammad Aslam, Shahid Hussain, Tariq Sharif and Haji Muhammad Latif attended the ceremony especially.

Dr Hassan Mohi-ud-Din said that PAT has been waging for restoration of constitutional rights of the under-privileged sections of society including the farmers, workers, and students. He said that Dr Tahir-ul-Qadri gave the vision of constitution of Election Commission for democracy representative of equality and public aspirations. He spread awareness about fundamental rights of the people. He said that the PAT workers staged revolution march and sit in 2013 and 2014, which is a splendid chapter in the political history of Pakistan. He said that the struggle continues and will continue till the achievement of the destination of peaceful revolution.

Khurram Nawaz Gandapur said that consensus was definitely built around the Constitution of 1073 but it has yet to be implemented in letter and spirit. He said that the Constitution promises protection of fundamental rights but it has never been done as the people continue to be robbed of their basic rights.

Speaking on the occasion, SM Zameer said that PAT was founded at the Mochi Gate on May 25, 1989 in Lahore. He said that Dr Tahir-ul-Qadri is a leader of the underprivileged people. He said that the PAT workers rendered matchless sacrifices against corruption and oppressive system. 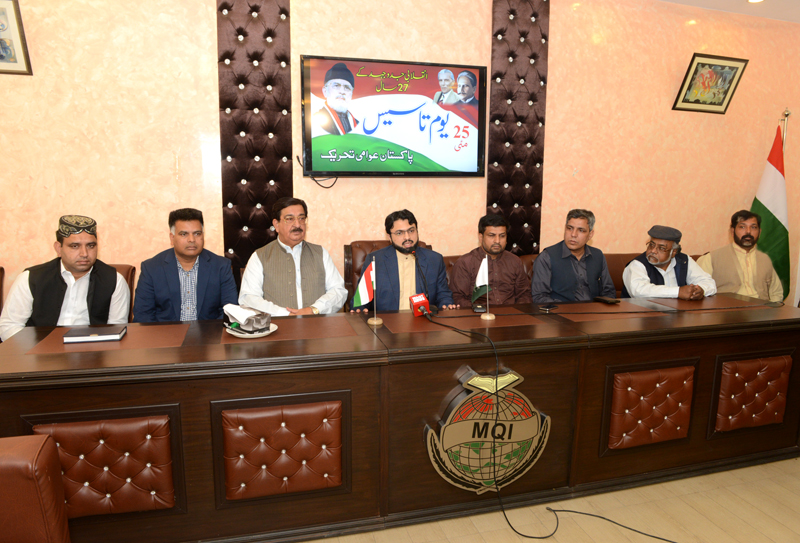 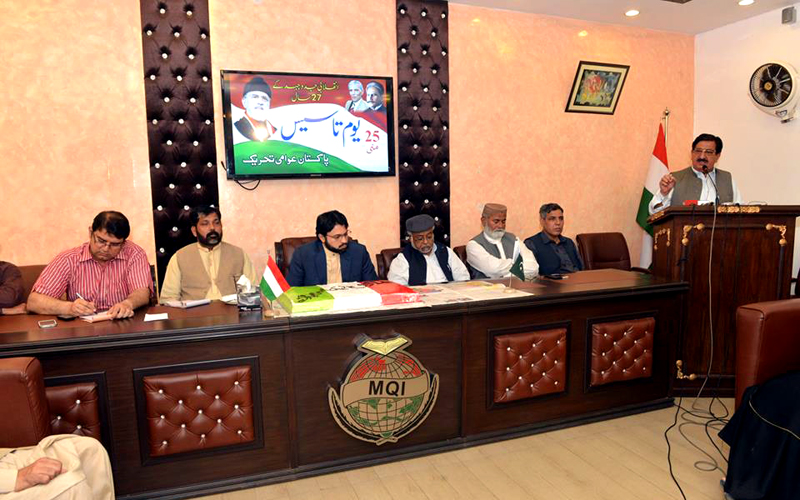 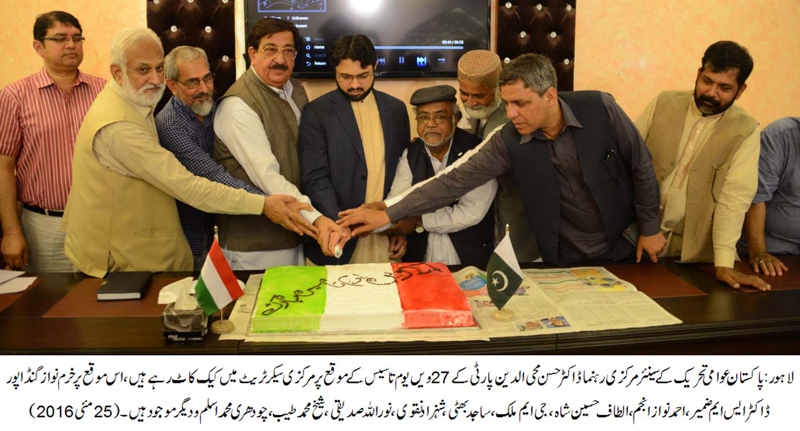