PAT takes out rallies to express solidarity with Kashmiris

Pakistan Awami Tehreek held peaceful rallies to express solidarity with Kashmiris on Feb 5 across 75 cities including Lahore, Rawalpindi, Gujranwala, Gujrat, Multan, Khanewal, Chiniot, Sahiwal, Pakpattan, Kasur and Muzaffarabad. Addressing the rallies, PAT Secretary General Khurram Nawaz Gandapur said the people of Indian-occupied Kashmir are the most oppressed people. He said the oppression continues to be perpetrated on them despite the passage of 185 days since the curfew was imposed following the revocation fo the special status of IOK by the Modi government. He said all Pakistanis including women and children express their unflinching solidarity with their Kashmiri brothers and sisters and pray that one day they will have their dream of independence from the Indian yoke fulfilled.

Qazi Shafique, president of the PAT Northern chapter, said that our hearts are bleeding at the oppression that Kashmiris are being subjected to. He said it is an accepted fact that only legal, political and moral support was extended to Kashmir cause. He said Kashmiris never took law in their hands despite facing severest repression and brutalities.

Mian Rehman Maqbool, General Secretary PAT Central Punjab, said in his speech at a rally in Sheikhupura that the dialogue is the only way forward for even the most complicated disputes. He said for the resolution of IOK, it is important that India shows sincerity and commitment to the dialogue process. He said unless India shows sincerity, Kashmir will continue to keep the peace in South Asia on an edge. He said the resolution of Kashmir is a must for Indian and Pakistan to form good neighborly relations.

Mian Abdul Qadir, organizer PAT Punjab, addressed a Kashmir solidarity rally in Faisalabad. He said that the Kashmir dispute will not be resolved through protests, emotional slogans or rallies. He said the country will have to be led to a point in terms of economic growth and educational advancement that others listen to us seriously and attach importance to what we say. Saifullah Saddozai, General Secretary PAT South Punjab, led a rally taken out in DG Khan. He said Kashmir runs in our blood and the dream of stability cannot be realized without resolving the Kashmir issue.

Addressing the rally, Arif Chaudhry said it has been seven decades since Kashmiris have been facing the Indian repression and brutalities. He said they have been waiting for the implementation of the UN resolutions for last 70 years. He said they are even not able to convey their point of view to the world given the severe communication blackout imposed on them for the last 185 days. President PAT Lahore Chaudhry Afzal Gujjar said in his speech that we need to present a solid legal case before the international community. He said the rallies and protests are important to raise public awareness but they cannot get us close to the resolution of Kashmir.

The speakers paid rich tributes to the people of Indian occupied Kashmir for their heroic sacrifices and hoped that the day is not far when they will realize their dream of freedom from the brutal Indian Union. They said they stand behind their Kashmiri brothers and sisters through thick and thick, stating that Feb 5 sends a strong message to the world that Pakistan will not leave Kashmiris at the mercy of India. 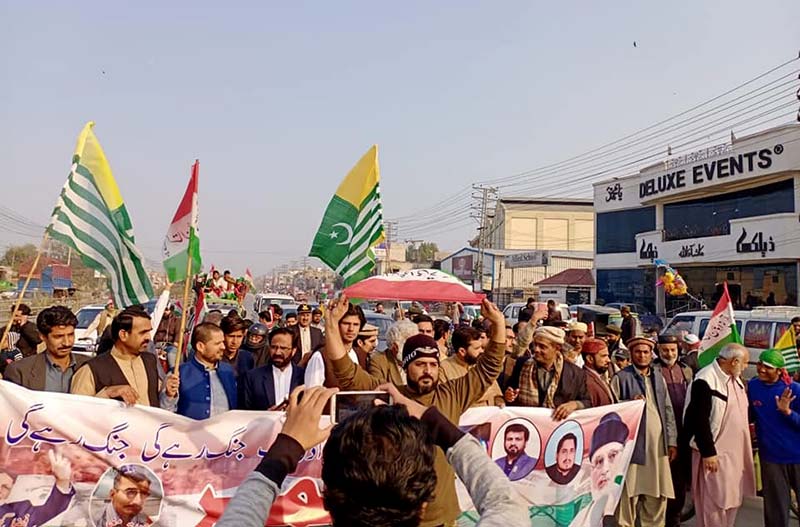 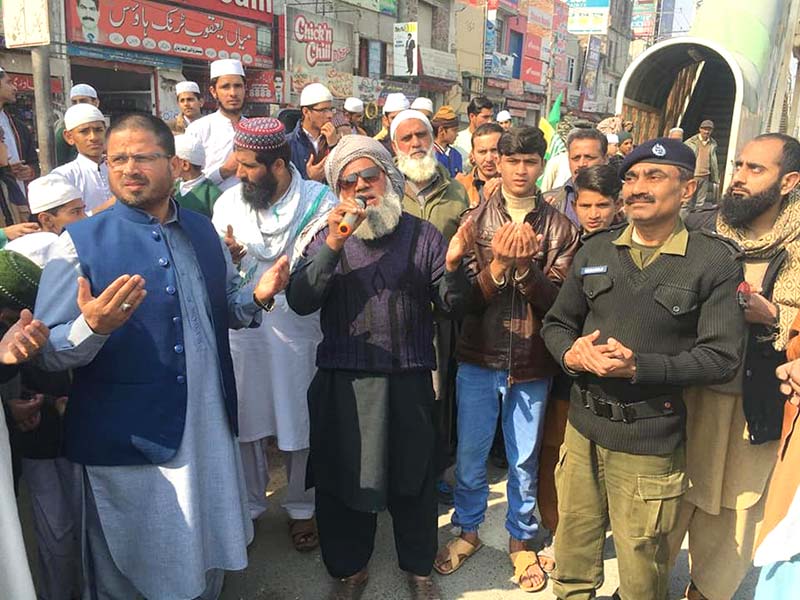