PAT calls for merciless accountability of the corrupt mafia 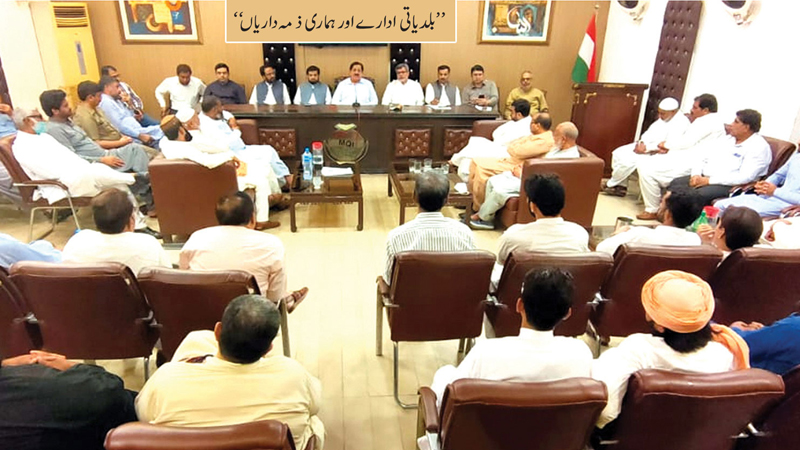 Addressing a seminar on the subject of "Local bodies elections and our responsibilities" held at the central secretariat, PAT Secretary General Khurram Nawaz Gandapur said that Nawaz Sharif is conspiring to pit the people of Pakistan against the armed forces while sitting in London. He said that evil needs to be nipped in the bud before it grows into a monster. He said that the mafia has started hurling naked threats due to 'merciful accountability'. He said there is a need for strict accountability to retrieve ill-gotten money from the looters. He said they would not spit out a penny merely through reprimands, adding that the arms of the corruption kings need to be twisted.

Khurram Nawaz Gandapur said that 'sick' Nawaz Sharif will take no time to reach Islamabad if he gets a signal of getting into power. He said that those who remained in power for four decades could neither deliver educational and health system nor local government institutions. He said NAB, anti-corruption establishment and accountability courts cannot play their role effectively unless educated and patriotic Pakistanis come out to play their role for the protection of the state resources. He said the so-called democratic system that only claims to have a support of about 20% to 25% voters is the greatest fraud with the nation. He said Dr Tahir-ul-Qadri has made the nation aware of this fraud with full details.

In his remarks on the occasion, Basharat Jaspal said that the current government has not done anything for change in the system. He said that they came to power in the name of change, adding that keeping the people deprived of the local bodies institutions for two years is not acceptable. He said it used to be the practice of the previous rulers who never wanted to devolve funds and administrative powers to the grass-roots.

Central Secretary Information Noorullah Siddiqui said that the corrupt mafia kept the collective consciousness of the nation hostage for 40 years. He said roads, bridges and buildings do not make nations, quality education does. He said expensive projects such as orange trains and metro buses were launched to get mega commission.

Mian Rehman Maqbool, while speaking in the seminar, remarked that some families built dynastic governments in the name of democracy in the country. He said Pakistan and the system based on loot and plunder cannot go together for long. Raja Zahid demanded that proceedings should be initiated against Nawaz Sharif under Article 6 for defaming the national security institutions. Arif Chaudhry said the fact that Nawaz Sharif became the prime minister of the country for three times through malpractices represents hard luck for the nation. He said the current system is the biggest facilitator to make the corrupt elements the custodian of the national affairs.

Mazhar Mahmood Alvi said that those people are at greater fault than Nawaz Sharif who voted and supported him despite the fact that he could not go beyond the position of a councilor. He said someone who could not get their children properly educated in spite of having mountains of wealth cannot be expected to put the country on the path of progress.

Irfan Yousaf said that the corrupt elite has snatched the sense of self-esteem from the respectable citizens of Pakistan He said the police department that was set up to protect the people of the country was employed for the dirty work such as the killing of political opponents, stating that the Model Town tragedy is its biggest example. He asked if we could progress in the 21st century with institutions such as the police.