The anti-terrorism court Sargodha has given an order to release 17 PAT workers who were arrested under the case no 244 in 2014. After the charges against them could not be proven against them, the court ordered to release the workers.

Expressing his views after the release order, PAT Secretary General said 17 innocent workers got justice for which we are grateful to Allah Almighty. He said they adhered to the mission of Dr Tahir-ul-Qadri steadfastly despite facing the worst conditions, stating that they are deserving of our applause for their perseverance.

The PAT Secretary General said the workers have braved all atrocities with courage and a sense of conviction. He said they are our pride and role model for other parties. He said there are other incarcerated workers waiting for justice and righting of the wrongs. He said the PAT workers took to streets to protest Model Town massacre and the then rulers registered fake cases against them on trumped-up terrorism charges which are proving to be untrue in the courts of law. 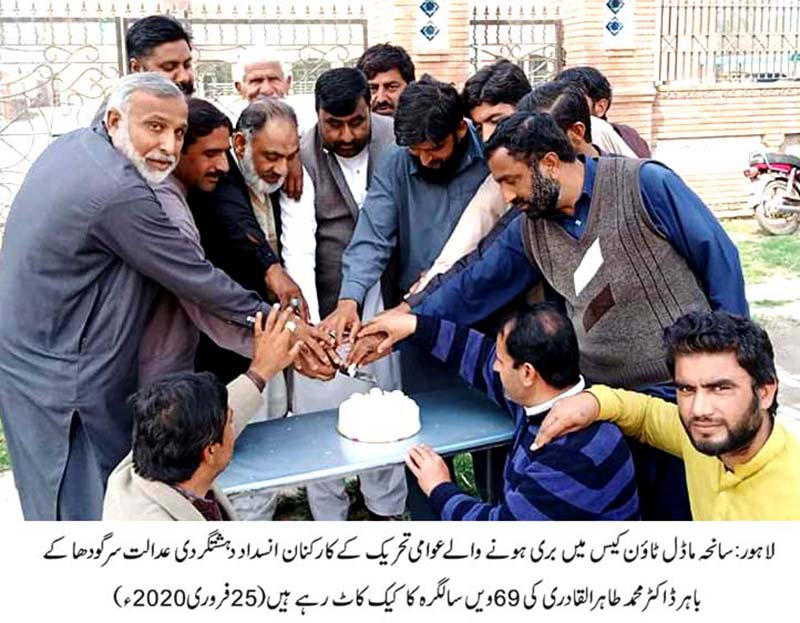